What is the 2023 Chinese new year animal and what does it mean for you?

What is the 2023 Chinese new year animal and what does it mean for you?

With a hail of fireworks, the world is set to welcome in a new lunar year.

Chinese New Year celebrations were going off all around the world last night – and will continue today and tonight - as we said farewell to the tiger and welcomed in the rabbit.

After all, the Lunar New Year on January 22 is a time for those who believe in them to consult their horoscopes and make a selection of wild guesses at what the next bit of time has waiting for them.

Now, obviously there are people out there who think it’s absolute nonsense – horoscopes, that is – but a lot of people definitely do put some stock in them. 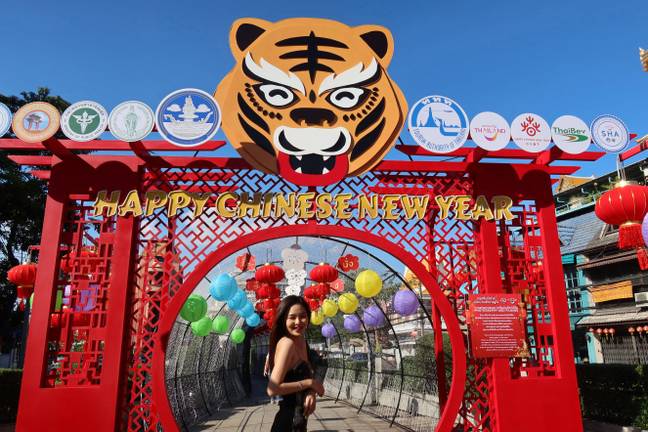 So, we’ll humour them for at least one day of this year, and take a closer look at what it all means.

As you’ll probably already know, there are 12 signs of the zodiac represented by 12 different animals, you are assigned a zodiac animal on the day of your birth dependent on what the year is.

That’s as far as most of us get, but there is more to it than that.

In fact, there’s a ‘sexagenary cycle’ – which consists of 60 years in total – that contains 10 ‘heavenly stems’ and 12 ‘earthly branches’, which are your zodiac animals.

This means each year one of those stems becomes paired with one of those branches, giving us the full meaning of the year on the calendar.

The 10 stems are made up of five elements, with either a yin or yang category, for example ‘gui’ which means water and ‘mao’ meaning rabbit.

An expert called Thierry Chow told CNN: “Gui Mao Rabbit Year is quite a special year – when all the elements in a year are yin.

“It’s also uncommon to have the combination of water and rabbit. 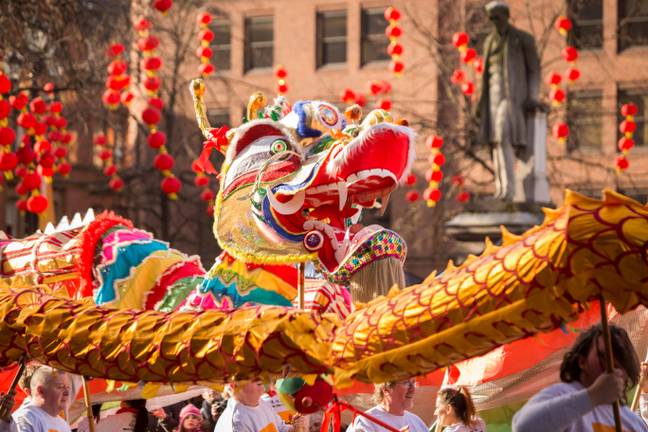 It's the Year of the Water Rabbit this year. Credit: Chris Bull/Alamy Stock Photo

Industries that have wood as a key element – culture, furniture and publishing, for instance – are set for a big year this year.

However, those with fire as their dominant element such as digital business and technology-based work are set for a slow one.

As a digital publishing business, we’re not quite sure where that leaves us then.

Chow added: “The Year of Water Rabbit is going to be a gentler year. We’ll have time to take a breather.

“We’ve been in the tunnel for the last few years, and the light is getting bigger now.”

That would be nice – a bit of a normal one would be very welcome.

As for those born in rabbit years, it’s particularly special this year, apparently.

“It could be a bit nerve-wracking, especially for those whose birth charts don’t favour Water,

“But do remember it never is all bad.

“It may mean an opportunity to grow.”

Tag: chinese zodiac signs, chinese zodiac signs 2023, chinese zodiac signs dates, chinese zodiac signs meaning, chinese zodiac signs rabbit. Alamy Stock PhotoIndustries, The Year of Water Rabbit.
Related News
Chinese New Year: History, significance and all you need to know
Birmingham celebrates Chinese New Year of the Rabbit 2023 with Lunar revolution
Chinese zodiac fortune predictions for 2023
Feng shui expert Marites Allen shares what's in store for you this Year of the Water Rabbit
Celebrate Lunar New Year 2023 in San Diego County With These Events
Coronavirus Morning News Brief – Jan. 22: China Celebrates Year of Rabbit With Most Covid Rules Lifted , PCR Tests Plummet in New YorkFrequent Business Traveler
Chinese pray for health in Lunar New Year as COVID death toll rises
The year of the rabbit: Everything you need to know about Chinese New Year
In graphs: Key commodity pricing data to 2023
This Lunar Year will be the Year of the Rabbit or the Year of the Cat, Depending Where You Live
Where to celebrate the Lunar New Year in Charleston
Chinese New Year 2023: 10 Heartfelt messages you can send your loved ones
Latest News
Channel Princess Kate’s Perfect Blouse Look With This $29 Bodysuit
Island Appoints Richard Greene as SVP
'I've been a teacher for 26 years... this is why we have to strike'
'Superman: Legacy' to 'Lanterns', every DC movie and show announced from James Gunn's DC Studios
DC Reveals Its Huge New Superhero Movies & TV Lineup Through 2027
DC Bosses James Gunn, Peter Safran to Bring Lesser-Known Heroes to Streaming as Storyline Reset Details Announced
Tom Brady has a simple solution that might help with all the bad officiating calls in the NFL
MLB Youtuber stunned to see MLB The Show avatar of cover athlete Jazz Chisholm Jr. - "Who's that?"
DC’s new movie and TV slate, explained by James Gunn
DC Studios' Movie and TV Plans Include 'Superman: Legacy' and New Batman
Eva Green: Actress tells High Court she did not expect to have WhatsApp messages 'exposed' during lawsuit hearing
Former Peterborough Pete Sahil Panwar named OHL player of the week
Ginny & Georgia Season 3 is not coming to Netflix in February 2023
France’s Catholic Genocide
Superman reboot, Wonder Woman series, and more kick off new wave of DC movies