Big Tech is in retreat. Hardly a day goes by without an announcement of further job losses on the West Coast of America. On Friday, it was Google, shedding about 12,000 jobs. A few days earlier, Microsoft said it would cut 10,000 posts this year. Just before that, Amazon announced it would lay off 18,000.

Meta, parent of Facebook, is cutting 11,000. Twitter, rather a special case following the takeover by Elon Musk, has lost 3,700. The list goes on. Indeed, the only major company not to announce layoffs has been the most valuable of all, Apple. It has, however, paused hiring, and the markets are waiting for an announcement on staffing, perhaps when it next reports earnings, on February 2.

As investors around the world, including here in the UK, know to their cost, their share prices have plunged. They have steadied a bit in the past couple of weeks but are down massively on a year ago. Even Apple is down 18 per cent, while Alphabet (parent of Google) is off 28 per cent and Meta 56 per cent. You could argue that the values of late 2021 were grossly inflated and at least investors have not, in the main, been wiped out. 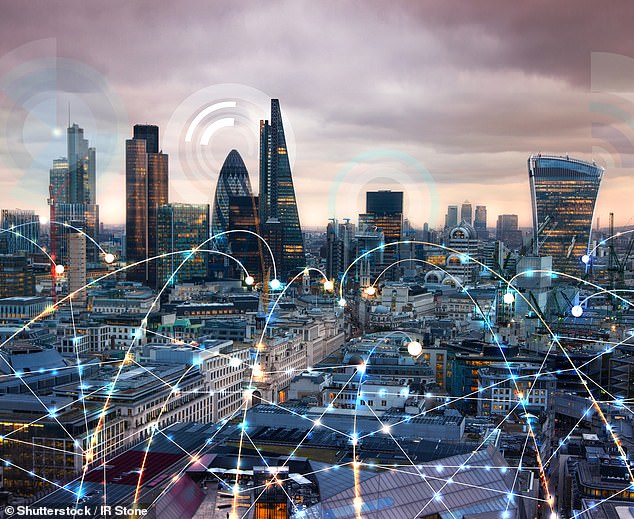 Forward thinking: We know advances in technology will race onwards and the really interesting question is where the winning applications might be

So what's next? I think the best starting point is to acknowledge that Big Tech, taken as a whole, is going from a big bang to a steady state. The disruption caused by companies such as Uber and Airbnb has happened, and while both those businesses (and their competitors) may still grow a bit, they now have to find ways of making more profits as any normal business has to do.

Social media may have peaked, and it is possible that it will go into decline. And there is always the possibility of another disruptive technology coming along that damages the business of what will become legacy players. For example, might artificial intelligence undermine the primacy of search engines? Big threat to Google if that were the case.

The markets understand all this, and are re-ranking the companies accordingly. Is this downgrading over? Intuitively I think not. There will be a floor but I don't think we are there yet. But we know advances in technology, especially AI, will race onwards and the really interesting question is where the winning applications might be.

My guess is that they will not so much be in creating new services, but in making existing services cheaper and better. It is impossible to see the detail, but we can glimpse the direction of travel.

Think of something we really need: lower-cost personal pensions, perhaps. If someone could figure out a way of crafting those without the jargon and the fees, they would be doing a social service as well as a financial one. And if they could manage to make online banking safer and more accessible, that might compensate a bit for all those shuttered branches.

Or look at medical diagnostics. There are huge advances taking place but also huge efficiencies to be gained. Or in public sector services such as taxation administration, surely AI could improve the quality and speed of response.

All this matters from a UK perspective. We missed out on the last tech boom. America scooped the pool. But now we are doing well at tech start-ups, and there will be opportunities for the City to back the next generation of enterprises. That needs self-confidence as well as cash. I hope we will have both.

A sad note. Sir Alan Budd, the economist who was among other things noted as the founding chair of the Office for Budget Responsibility (OBR), died just over a week ago. That was his last major public post, an enormously important one because he established its true independence as a watchdog over our public finances. We were reminded of that importance last September, when the then Chancellor Kwasi Kwarteng launched his ill-fated Budget without the OBR's oversight.

He then became professor of economics at the London Business School, before leaving in 1991 to be chief economic adviser at the Treasury. There he helped craft the present system of inflation targets, with an independent Bank of England setting interest rates. He was a founder member of the Monetary Policy Committee.

Governments always need wise advice. And the fact the UK Government now operates with reasonable financial discipline is due in large measure to his wise counsel.