In a statement Wednesday morning, Tory called for a summit that would see mayors, ministers, premiers and the prime minister discuss how better to support people living with mental health and addictions challenges.

Coming out of the COVID-19 pandemic, Tory said the lack of spending on mental health is "painfully clear on the streets" of Canadian municipalities.

"This summit must be the moment we start treating mental health care as health care. That we clearly decide on who has responsibility to do what, and to get on with doing much more together," he said.

The mayor has routinely linked with issues of mental health support with recent random violent attacks on Toronto public transit. The city's transit system has seen three incidents in the past four days alone.

After a woman was stabbed to death during a random attack on a subway in mid-December, Tory said more mental health investments were required to ensure people in crisis had places to go other than the transit system.

"When the federal and provincial governments don't fully and adequately fund mental health care, the responsibility is offloaded to ill-equipped municipalities across Canada," he said in Wednesday's statement.

"It is offloaded to our shelters, to our police services, to our transit systems, and to hospital emergency departments."

Sarah Downey, the president and CEO of The Centre for Addiction and Mental Health in Toronto, says the hospital welcomes Tory's call. 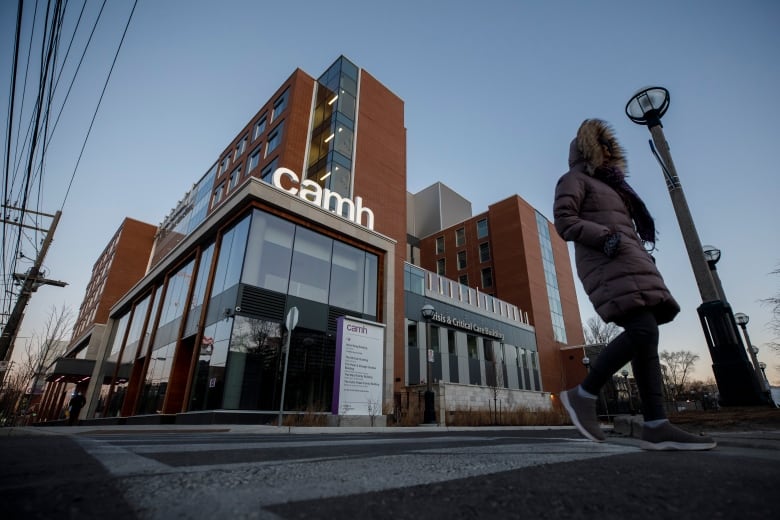 The president and CEO of The Centre for Addiction and Mental Health (CAMH) welcomed Tory's call for a summit. (Cole Burston/The Canadian Press)

"We need to meaningfully invest in a comprehensive system of supports including efforts in prevention to decrease the number of people who are getting ill in the first place," Downey wrote in a statement.

The mental health crisis was well underway before the pandemic, but only got worse during it, she says, adding the lack of available care and services in the sector is leaving too many people waiting too long for support.

"There is no doubt more work needs to be done," said Jones at a news conference Wednesday morning. "And I am always willing to work with whether it is police forces or municipal governments."

The office of federal Mental Health and Addictions Minister Carolyn Bennett did not immediately respond to a request for comment.

The best evidence of the ongoing mental health crisis is issues related to substance abuse, Tory said, noting the thousands of people who have died from opioid overdoses.

Tory says he first made the proposal for a national mental health summit directly to Prime Minister Justin Trudeau in December.

"Three years ago, we confronted the COVID-19 pandemic and in that moment all governments worked together to help people and to help each other get through those tough times," Tory said in the statement.

"Now we are facing a mental health crisis that requires that same level of dedication, co-operation and commitment."