Afghans who worked on Canadian-funded projects aimed at promoting the rights of women and girls in Afghanistan say they’re stranded in Pakistan and running out of money for food and rent, more than a year after they thought they would be cleared for resettlement in Canada.

Life in Pakistan is becoming increasingly difficult for Afghan refugees. They can’t work because of their immigration status, their children are not in school, they are rationing their meals and, in some cases, facing eviction. And they can’t return to their home country for fear of being targeted for retribution by the Taliban. 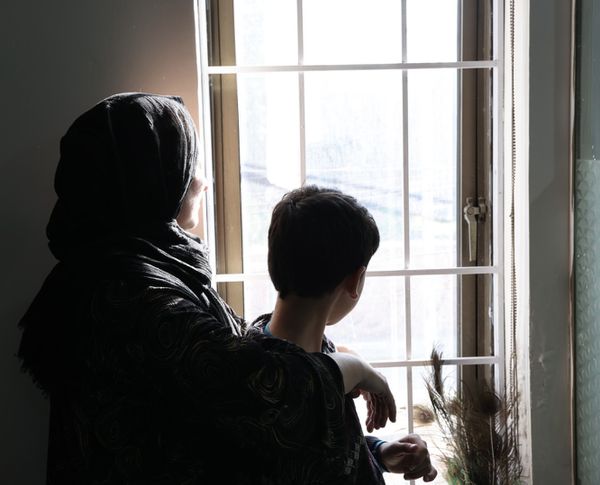 Nasima Nasrat in Rawalpindi, Pakistan, on Nov. 20. Ms. Nasrat worked on a project funded by the Canadian government that was aimed at supporting women’s economic empowerment.Janice Dickson/The Globe and Mail

This is the daily Morning Update newsletter. If you’re reading this on the web, or it was forwarded to you from someone else, you can sign up for Morning Update and more than 20 other Globe newsletters on our newsletter signup page.

Canadian bank CEOs told Deputy Prime Minister Chrystia Freeland that Canada’s reputation was at risk as several key border crossings remained blocked by protesters last winter, a warning that came on the eve of the federal government’s invocation of the Emergencies Act.

Another CEO relayed the comments of an investor, who had said, “I won’t invest another red cent in your banana republic in Canada.”A summary of the Feb. 13 call was tabled Thursday with the Emergencies Act inquiry, which ends hearings Friday, with Prime Minister Justin Trudeau as the final witness.

“If the investor you speak of is American, tell them we are not like the USA who had people literally invade their legislature,” Freeland told the CEOs in a forceful rebuttal. “If they are a Brit, remind them of Brexit. If they are French, remind them of the Yellow Vests. If they are German, look at how badly they are handling Russia right now.”

No lights, no heat, no WiFi: Ukraine remains resilient despite hardships inflicted by Russia

Senior international correspondent Mark MacKinnon documents life in Kyiv, 10 months into Russia’s assault on Ukraine, and the day after Moscow unleashed a fresh barrage of missiles and suicide drones, striking this country’s civilian infrastructure. Almost every major city in Ukraine saw disruptions to electricity, water and gas supplies; all four of Ukraine’s active nuclear power plants were briefly disconnected from the grid on Wednesday.

The Kremlin has made it plain that it is intentionally making life hard for Ukrainians in an effort to force Volodymyr Zelensky’s government to negotiate a ceasefire. Vladimir Putin’s spokesman, Dmitry Peskov, said on Thursday that Ukraine could “end suffering” by accepting Moscow’s demands.

Opinion: The only path to a lasting peace: stepping up our support for Ukraine

Anti-Trump evangelical pastor is on a mission to convert the former U.S. president’s most faithful followers

Donald Trump’s most faithful adherents may be seen as bigots or patriots, constitutional standard-bearers or deluded masses. Caleb Campbell, a pastor in Phoenix, likes to think of them as sheep that have gone astray and can be brought back into the fold.

For much of the last year, Campbell has been an undercover man of the cloth, using his pastoral credentials to gain entry to the sanctuaries where faith in the former president has been cultivated, reports Nathan VanderKlippe.

Got a news tip that you’d like us to look into? E-mail us at tips@globeandmail.com Need to share documents securely? Reach out via SecureDrop

Also on our radar

Canada keeping small peacekeeping unit in Mali: Only 13 Canadian personnel are still serving as peacekeepers in the UN mission, as a growing number of troop-contributing countries have withdrawn in the aftermath of two military coups and the arrival of Russian mercenaries.

Jordan Bitove wins ownership of Toronto Star: Bitove will also take complete ownership of Metroland Media Group, as part of a settlement agreement after a falling out with business partner Paul Rivett, according to a statement from the company.

Borje Salming dies at 71: The Hall of Fame defenceman, who starred for the Toronto Maple Leafs for more than 16 NHL seasons and was regarded as an icon, died after a battle with amyotrophic lateral sclerosis.

Cathal Kelly: At a night honouring Borje Salming, the Leafs great gets his own Lou Gehrig momentMorning markets

Europe set for weekly advance: European stocks were on track for a sixth successive week of gains on Friday and government bond yields globally traded near multi-week lows as investors reacted to positive data and signs central banks may not hike rates as aggressively as feared. Just after 5:30 a.m. ET, Britain’s FTSE 100 edged up 0.21 per cent. Germany’s DAX and France’s CAC 40 were off 0.13 per cent and 0.15 per cent, respectively. In Asia, Japan’s Nikkei fell 0.35 per cent while Hong Kong’s Hang Seng lost 0.49 per cent. New York futures were modestly higher. The Canadian dollar was relatively steady at 74.96 US cents.

What everyone’s talking about

Thank you, Doug Ford, for exposing the lie at the heart of Canada’s modern democracy

“... Mr. Ford has done us a favour. I have often suggested, as a thought experiment, that we imagine what the reaction would be if it were proposed that legislation should pass with the support of 35 per cent of MPs, rather than, as at present, MPs with the support of 35 per cent of the public. Surely, that would demonstrate how indefensible the present system is. Surely, that would make the case that we need a system based on genuine majority rule, rather than the illusion of it. Now, Mr. Ford has proposed that we do precisely that. He has made explicit what was always implicit.” - Andrew Coyne

Is this the end of the Boyboss?

“Mr. Bankman-Fried’s downfall, while unusually dramatic, has occurred at a moment when things are not looking rosy for many of the other T-shirted boy geniuses of tech. With layoffs hitting the sector, from Meta to Amazon, the Mark Zuckerbergs of the world have lost a bit (a lot) of their sheen. Let us also not forget about Elon Musk, whose apparent ineptitude at running Twitter has become the stuff of satire. This suggests an end to the era when tech, crypto and all the other money matters that humanities majors, including yours truly, never figured out are treated like gods of all things sensible.” - Phoebe Maltz BovyToday’s editorial cartoon 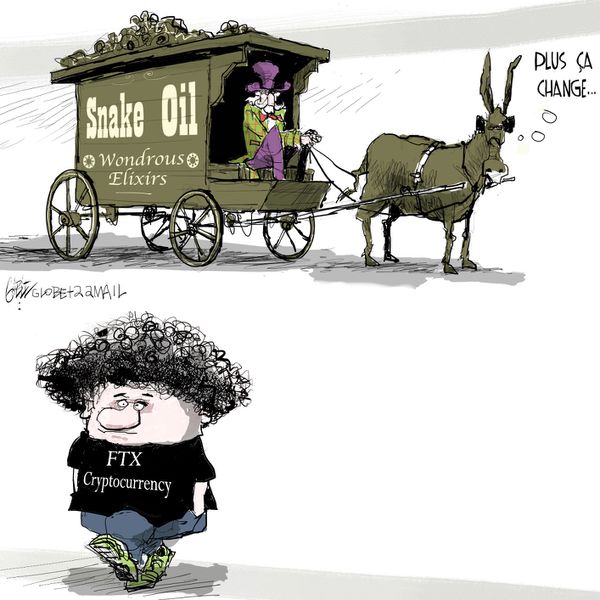 From starting with three layers on frosty days to investing in proper footwear, here are six winter dressing tips to help you make the most of the snowy season. As the Danish saying goes, “There is no such thing as bad weather, only bad clothing.” 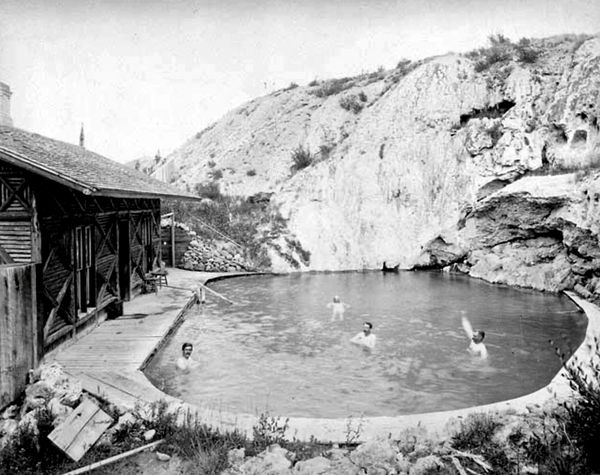 Near the end of the 1883 Canadian Pacific Railway construction season, three workers set out prospecting around Siding 29, soon to be known as Banff, along the southeastern slope of the Rocky Mountains in present-day Alberta. Working their way through swampy terrain toward the north side of Sulphur Mountain, the men chanced upon warm water and the smell of sulphur from the now famous Cave and Basin hot springs. One of the men built a crude shack, as part of a larger plan to lay claim to the site and turn the spa-like waters into a tourism destination, especially with the CPR transcontinental line running nearby. But the John A. Macdonald Conservative government was not about to let the health-benefiting hot springs fall into private hands. Drawing on the American precedents of the Arkansas Hot Springs and Yellowstone National Park, Canada set aside 26 square kilometres of land as the Banff Hot Springs Reserve. The government order, approved this day in November, 1885, said that the mineral springs “promise to be of great sanitary advantage to the public ... and they are hereby reserved from sale or settlement or squatting.” Two years after this modest beginning, the reserve was enlarged to become Rocky Mountains Park. Bill Waiser

If you’d like to receive this newsletter by e-mail every weekday morning, go here to sign up. If you have any feedback, send us a note.