Microsoft's big ChatGPT investment should have the competition shaking

Microsoft's big ChatGPT investment should have the competition shaking

Microsoft's $10 billion investment in OpenAI puts Amazon, Google, and others on notice

Microsoft (MSFT) is pulling out all of the stops in an effort to ensure that it’s the dominant force in AI among its Big Tech peers. And the Redmond-based software giant’s $10 billion investment in ChatGPT developer OpenAI could be the key to doing just that.

The move, which Microsoft and OpenAI announced on Monday, will allow Microsoft to deploy GPT-3, the service that the generative AI chatbot ChatGPT is based on, and other platforms across its various cloud-based services. And that could spell trouble for rivals ranging from Amazon (AMZN) and Google (GOOG, GOOGL) to Salesforce (CRM).

“It tells you a lot that within a week of announcing pretty substantial layoffs, Microsoft is also announcing a substantial investment in OpenAI,” Gil Luria, technology strategist at D.A. Davidson, told Yahoo Finance. Microsoft laid off 10,000 employees last week across a host of departments. 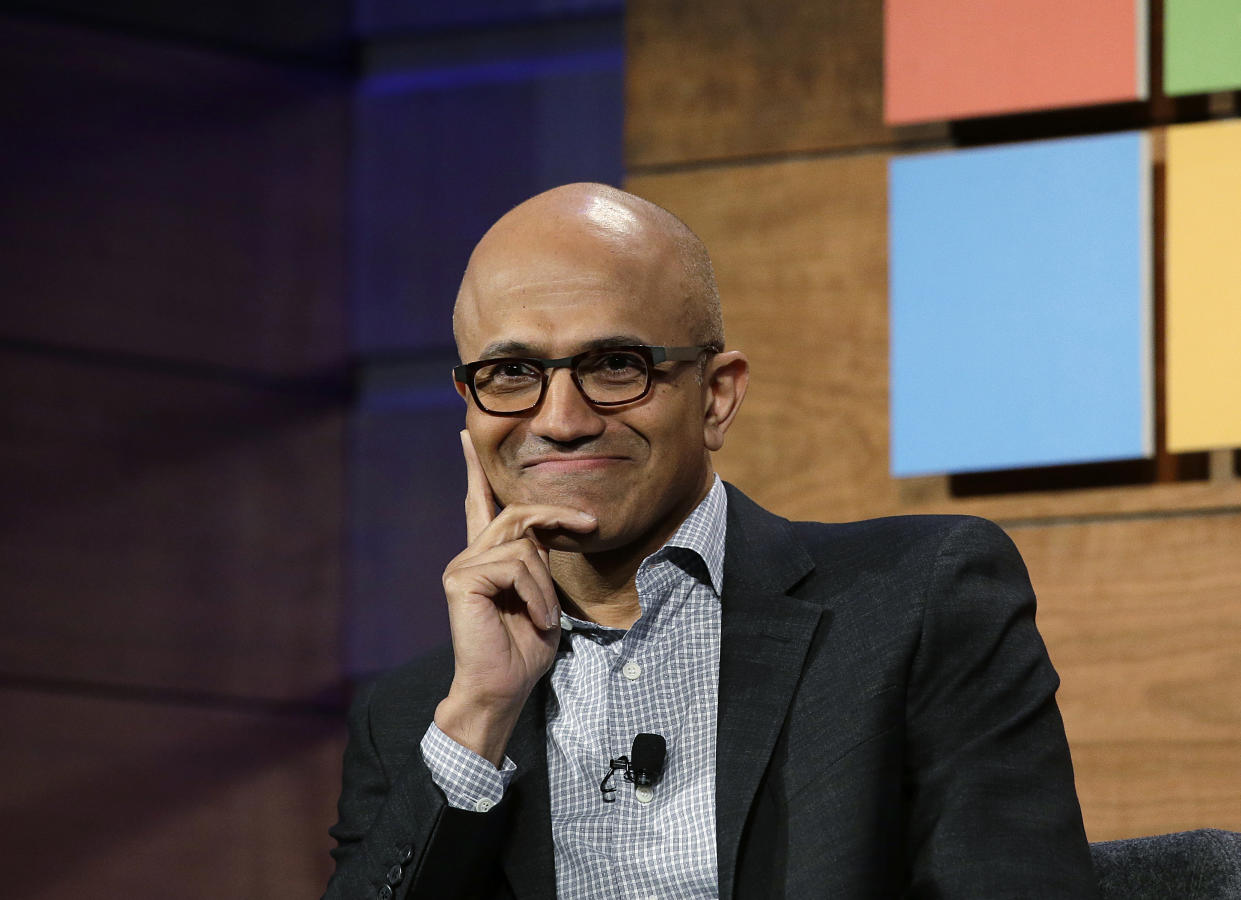 “It tells you that that's where they think a lot of the future growth for Microsoft can come from, and that the technology that OpenAI is developing can drive meaningful improvements to a broad set of products for them.”

Microsoft’s investments should help it build out AI-powered improvements to its Azure platform, offer better features for its various productivity and enterprise programs, and could even make its search engine Bing a worthy competitor to market leader Google.

But GPT-3 isn’t without its flaws, and Microsoft’s rivals aren’t simply waiting for the Windows maker to become an AI juggernaut. They’re making investments of their own in the hopes that they’ll cut off Microsoft.

OpenAI could could give Microsoft the edge over the competition

OpenAI gained popularity with the release of its DALL-E AI-powered image generating software in 2021. The company introduced a second version the last year. The platform generates images based on prompts you specify. For instance, typing in “A cat riding a dinosaur digital art,” will create an image of a cat riding a dino in the style of digital art. They're not perfect images, but they get the point across. 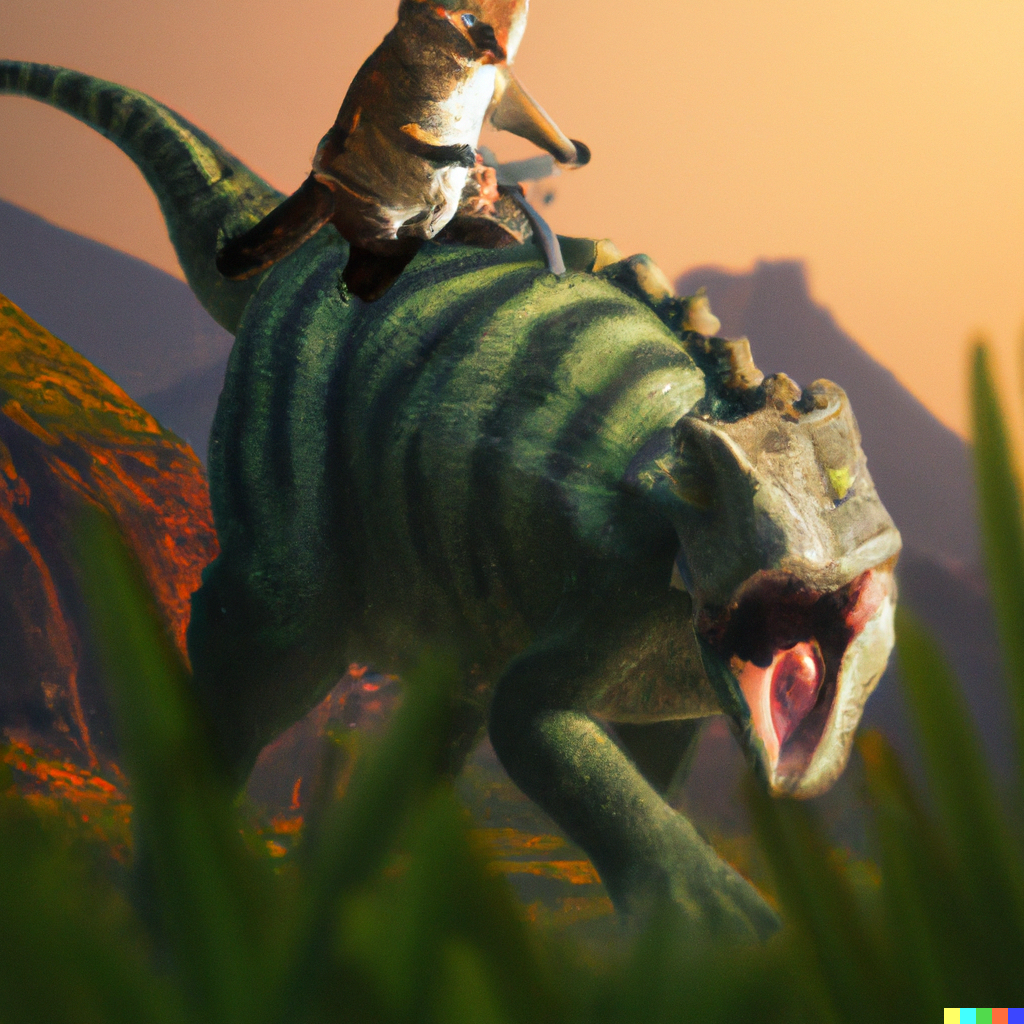 An image generated by DALL-E 2 using the prompt 'A picture of a cat riding a dinosaur digital art.' (Image: OpenAI)

ChatGPT, meanwhile, is a generative AI chatbot that can spit out human-like answers to prompts. Ask it a question like how far away is the moon from Earth and it will tell you. Ask it to write a story about a maniac barber that eats human hair, and you’ll get an incredibly bizarre story about just that.

But OpenAI’s capabilities are about more than just cats and hair hungry stylists. Analysts say it could be a boon to Microsoft’s cloud, enterprise, and search businesses.

“With ChapGPT, Azure cloud infrastructure can provide new services not yet seen within the Azure ecosystem, including digital assistants and AI-based financial services to tap into a new customer base seeking alternative solutions for cloud products,” he added.

Those kinds of investments would help Microsoft tackle both Amazon, which is the leader in cloud services and owns 34% of the global market, according to Synergy Research Group, and Google which owns 11% of the market. Microsoft holds 21% of the market.

Both Amazon and Google offer their own AI capabilities as part of their cloud platforms, but OpenAI’s technologies are far buzzier and could attract more customers to Microsoft’s services. 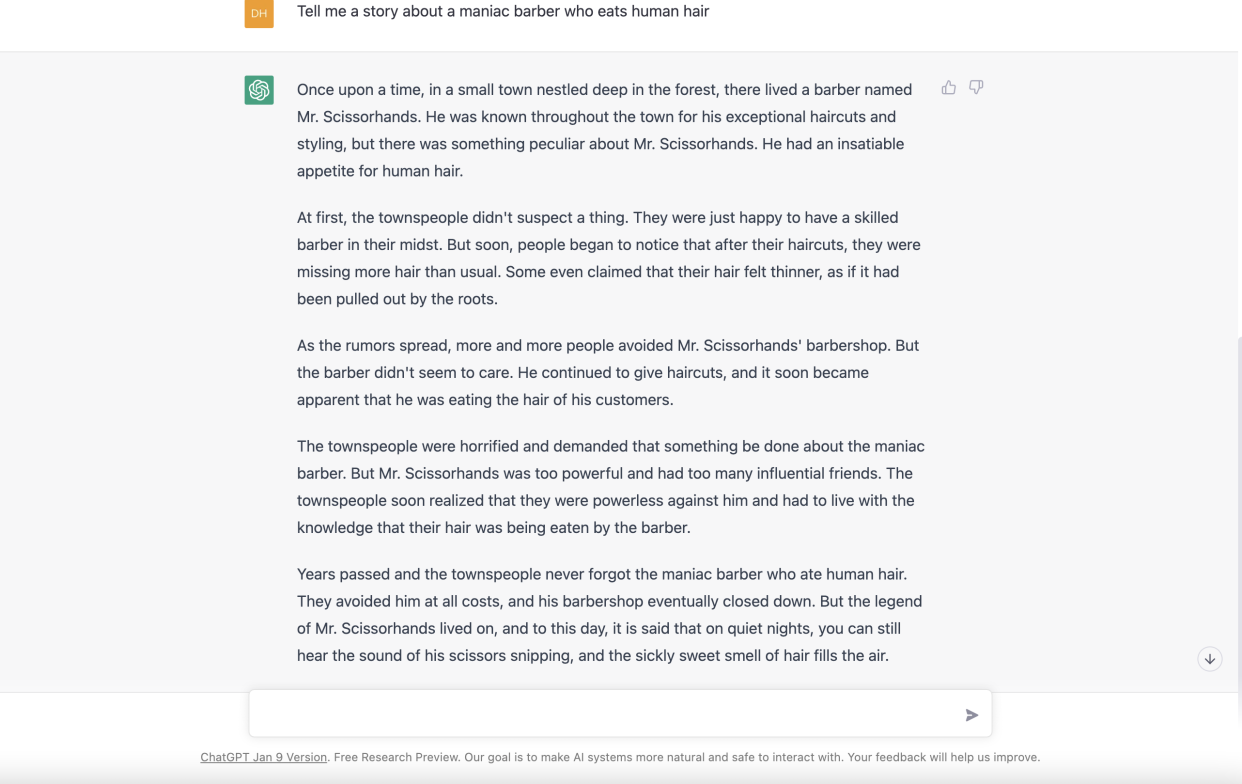 A story generated by ChatGPT using the prompt 'Tell me a story about a maniac barber who eats human hair.' (Image: OpenAI)

Microsoft, Ives predicts, could also wrap its OpenAI investments into its various gaming initiatives, giving it competitive advantage over the likes of Sony (SONY) and Nintendo (NTODY).

One of the biggest potential opportunities for Microsoft is using OpenAI’s technology to improve its Bing search engine. With just 3% of global market share, Bing is a distant second to Google’s search engine, which owns 92% of the market.

But Google Search answers questions in stiff, mechanical language. With GPT-3-liked capabilities, Bing would be able to answer queries with more natural phrasing and even allow users to follow up with secondary questions and answers.

“When we start incorporating generative AI into search, that's going to materially change the nature of competition in the search market and give Bing an opportunity it really hasn't had in decades to be competitive with Google search,” Luria said. “That is a very substantial opportunity now that the search market is going to become a…jump ball again.”

Microsoft’s dominance is anything but assured

That said, there’s no guarantee that the billions Microsoft is pouring into OpenAI will push aside its rivals. ChatGPT, GPT-3, DALL-E and their ilk are impressive pieces of technology, but they’re not foolproof.

The platform requires huge amounts of data to learn how to respond to queries. ChatGPT, in particular, is an offline-only platform that’s been trained on data from 2021, meaning you can’t do things like ask it the weather or even who won the midterm elections.

And while the software is impressive in how it responds in a more natural way than other platforms, it’s not always accurate. OpenAI says as much when you sign up to use ChatGPT.

It will also be difficult for Microsoft to dislodge Google Search from its position as the world leader in search market share. The company’s name is ubiquitous with online search. Heck, it’s even used as a verb for looking up information online.

“Google is part of the fabric of the internet based on number of users,” Deepwater Asset Management managing partner Gene Munster wrote in a research note.

“I believe that the company has four products with

For Microsoft to win out, it’s going to have to continue to work with OpenAI to develop tools that can put its competitors to shame. That could take months or years, depending on how fast the duo can iterate on and pair OpenAI’s technologies with Microsoft’s services. But if it can pull it off, Amazon, Google, and Salesforce could be in for some serious trouble.

Read the latest financial and business news from Yahoo Finance