Following the shocking death of Lisa Marie Presley, we're remembering some of the greatest loves of her life.﻿

Lisa Marie, the only daughter of Elvis and Priscilla Presley, died at the age of 54 after going into suspected cardiac arrest this week. She has left behind her mother and children, Riley Keough, 33, and ﻿twins Finley and Harper Lockwood, 14.

As a youngster, the famed singer-songwriter made many a headline thanks to her star-studded list of partners﻿, which included Michael Jackson, Nicolas Cage, Michael Lockwood and, of course, actor Danny Keough.

READ MORE: Lisa Marie Presley to be buried at Graceland next to son 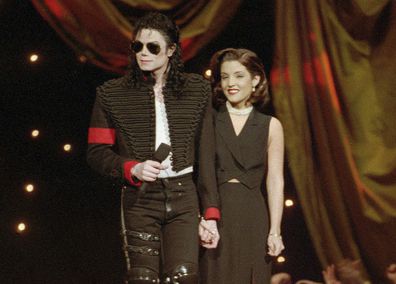 Jackson and Lisa Marie married secretly in May 1994, and confirmed their relationship at the VMAs that year. (AP)

Lisa Marie's first great love was﻿ actor Danny Keough. At the time they met, Keough was working as a bass player. Their official meeting location was actually at the Church of Scientology's Celebrity Center in 1984.

Per current reports, Keough is still a Scientologist, while Lisa Marie left the church in 2014, along with her mother. The pair reportedly joined the Church of Scientology just after Elvis' death in 1977.

They soon welcomed children, with the arrival of their daughter, Riley (whose full name is Danielle Riley Keough) in 1989.﻿

READ MORE: 'In a week of noise, Kate has proven the power in staying silent' 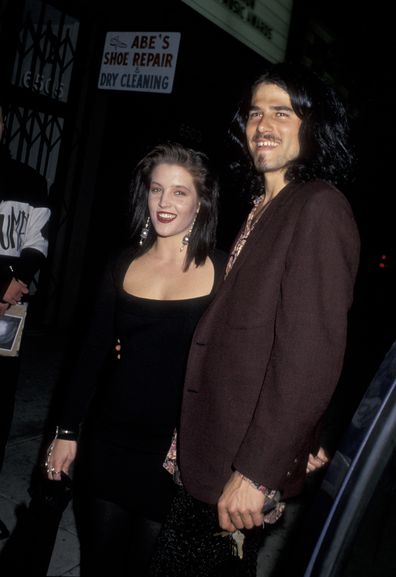 In 1992, their son Benjamin came along.﻿ Just a few years later, the pair's relationship ended, with them filing for divorce in 1994.

Sadly, their son Benjamin lived a troubled life, and died aged 27 in July 2020. Lisa Marie ﻿later revealed in an essay on grief for People Magazine, published in August 2022, that her son's death "completely destroyed" her.

"My and my three daughters' lives as we knew it were completely detonated and destroyed by his death. We live in this every. Single. Day," she wrote.

"It's a real choice to keep going, one that I have to make every single day and one that is constantly challenging to say the least."

READ MORE: 'Having an open relationship helped prepare me for having a baby' 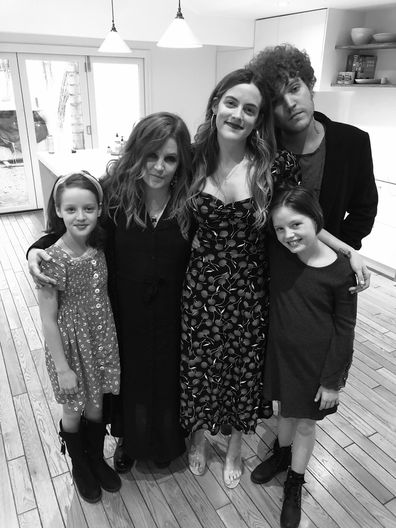 Lisa Marie with all four of her children, twins Harper and Finley, and Riley and Benjamin Keough. (Twitter)

Following the tragic loss, Lisa Marie moved in with Keough. Keough reportedly performed ﻿CPR on Lisa Marie after returning home and finding her unconscious at her Calabasas home.

﻿Though Lisa Marie moved on from Keough with a bigger star in 1994, she told Marie Claire in 2007 that her greatest regret was leaving him.

"My biggest mistake? Let's see," she said. "How can I word this? Um. Well. Leaving my first marriage, for the person that I left it for – that was probably the biggest mistake of my life."﻿ 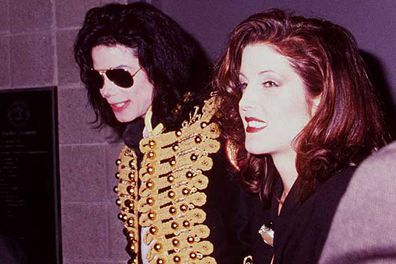 The story of Michael Jackson and Lisa Marie Presley﻿ was one that never seemed to leave the headlines.

The pair famously linked up just 20 days after Lisa Marie's divorce was finalised with Keough in 1994.

"The King of Pop married the Daughter of Rock﻿" in May that year, in a very secretive ceremony in the Dominican Republic.

They spent the next two months of their relationship refusing to confirm they were married, but soon stepped out together on numerous public occasions and at events. 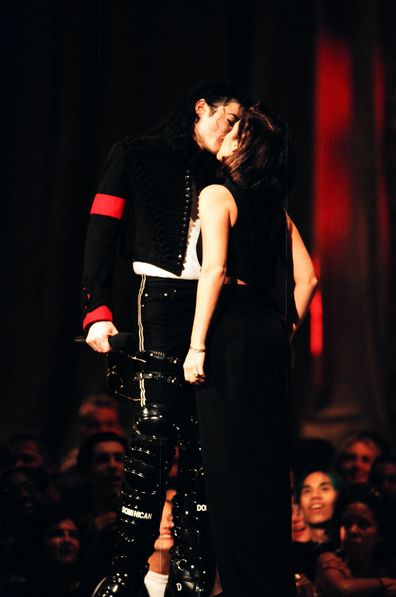 The kiss: It was the moment everyone was talking about after the VMAs in 1994, Lisa Marie and Michael Jackson's famous kiss in front of thousands. (FilmMagic)

But there is one event that many will never forget.

On September 8, 1994, Michael Jackson appeared at the VMAs at Radio City Music Hall in New York﻿, famously stepping out on stage with his new bride.

Watch the video above.

The pair walked hand-in-hand, grinning at screaming fans, with Jackson saying the famous words, "nobody thought this would last," before wrapping Lisa Marie up in a kiss.﻿

However, their partnership didn't last, with Lisa Marie filing for divorce from the Thriller singer in 1996.

Michael Jackson's estate has paid tribute to Lisa Marie following her death, saying in an Instagram statement: ﻿"We are saddened by the sudden tragic loss of Michael's former wife, Lisa Marie Presley. Michael cherished the special bond they enjoyed and was comforted by Lisa Marie's generous love, concern and care during their times together."

"Our hearts are with Lisa Marie's children, Riley, Harper and Finley, and her mother, Priscilla, in this difficult time," the statement concluded.