Gio Reyna scored a second consecutive game-winning goal for Borussia Dortmund on Wednesday in their second game back from winter break — which, for Reyna, had been marred by an ugly American soccer soap opera.

In the month-and-a-half between the 2022 World Cup and the German Bundesliga's return, Reyna had to address his immature behavior in Qatar, then stand by, powerless, as his helicopter parents turned a standard saga into something much worse.

Then, finally, he returned to a soccer field. He won Sunday's Dortmund game with a golazo. And three days later, he did it again.

Update your settings here to see it.

This time, there was no wildly defiant celebration. And this was not a world-class half-volley — just a tap-in.

But Reyna did turn toward the crowd and stick his fingers in his ears after being mobbed by teammates.

And this was another clever goal, albeit one of a different ilk. The 20-year-old American midfielder timed his movement perfectly. He detected space at the back post and darted into it, just in time to pounce on Sebastian Haller's flick.

Ironically, he did so yet again off the bench, in a role similar to the one he was asked to play for the U.S. men's national team, the one that instigated these ludicrous, fractious two months. In response to being informed of his World Cup role by U.S. coach Gregg Berhalter, he reportedly and admittedly showed an alarming lack of effort in training. After the USMNT's elimination, Berhalter said at a leadership conference that he almost sent an unnamed player home from Qatar. That player, it soon emerged, was Reyna.

Stewart felt obligated to report it. U.S. Soccer launched an investigation, which compelled Gregg and Rosalind to speak publicly about the incident for the first time. In an early January statement, Gregg detailed how, when they were teenage college students, he had kicked Rosalind after an argument at a North Carolina bar. The couple have since reconciled and married; Rosalind had forgiven Gregg; the Reynas had become their close friends. Now, some 31 years later, they'd unearthed Rosalind's trauma.

The saga had strayed far away from soccer, and increasingly far away from Gio, by the time he returned to a competitive field this past week. It took him just eight minutes to remind a conflicted U.S. audience of his peerless talent — and less than 90 total minutes to do it again. 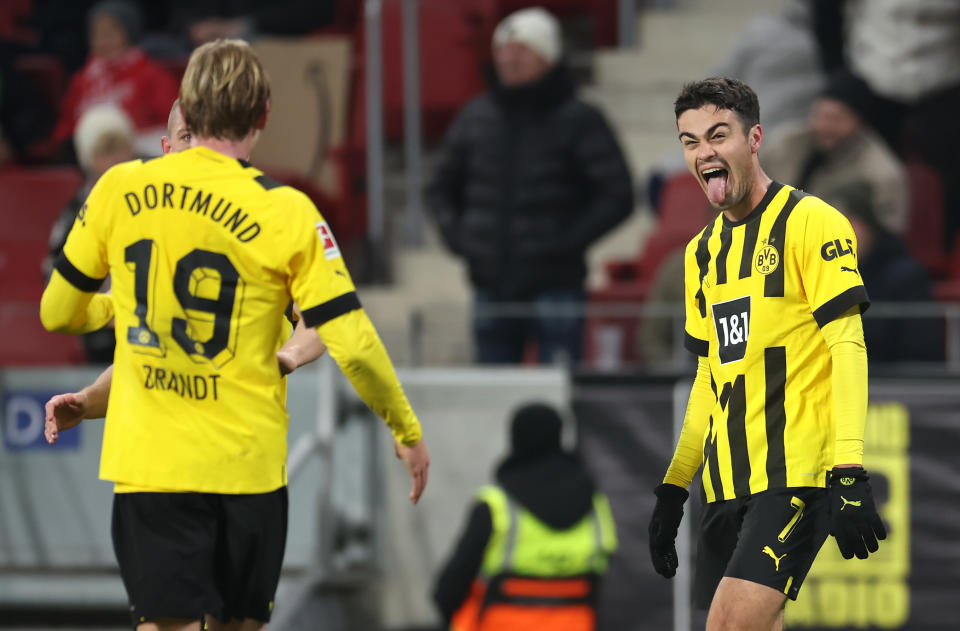