Everything we know so far about King Charles III’s coronation

Everything we know so far about King Charles III’s coronation 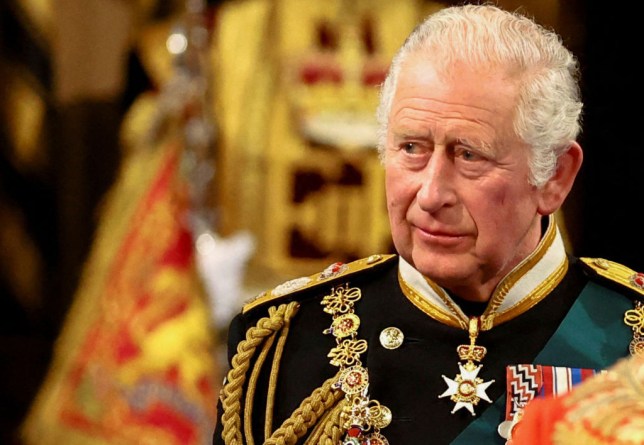 This year is a big one for the Royal Family – as King Charles III’s coronation takes place in May 2023.

It’s the first ceremony of its kind since 1953, when Charles’ mother Queen Elizabeth II was crowned – and the celebrations are set to last for several days, Buckingham Palace has revealed.

Yep, there’ll be the ceremony, along with a balcony appearance – plus a concert at Windsor Castle, and a bank holiday to enjoy after the festivities have taken place.

But just when is the coronation exactly, and what else can we expect from the historic occasion?

Here’s all we know about King Charles’ coronation so far.

When is the coronation?

The coronation of King Charles III will take place on Saturday, May 6, 2023.

The King acceded the throne on September 8, 2022, upon the death of his mother – but it is traditional for a full ceremony to be held a significant time later as a mark of respect to the late monarch.

In addition to the day of the coronation, Buckingham Palace has announced a special Coronation Concert at Windsor Castle, which will air on the BBC on Sunday, May 7.

Where will it be held?

It has been confirmed that the ceremony will be held in Westminster Abbey.

It is tradition for the coronation of monarchs to take place at the Abbey, as every King or Queen since 1066 has been crowned there – including Queen Elizabeth II.

It has also been the venue for many Royal Weddings, including the 2011 marriage of William, The Prince of Wales and Catherine, The Princess of Wales.

The King will be crowned at Westminster Abbey (Picture: Getty)

The ceremony will be conduced by the Archbishop of Canterbury, and will also include two processions to and from the Abbey – along with an appearance on the balcony of Buckingham Palace afterwards.

The coronation will ‘reflect the monarch’s role today and look towards the future, while being rooted in longstanding traditions and pageantry’, the palace has said.

Queen Elizabeth’s coronation in 1953, meanwhile, was an extravagant affair, with the new Queen being crowned in front of 8,000 guests, while more than 40,000 troops were involved in the parade.

Will it be televised?

As a major royal event, it’s almost certain that the coronation will be televised.

It’s likely that it will be aired on BBC and ITV – as has been the case for such royal occasions as William’s wedding, and the funerals of The Queen and Prince Philip.

It will be the first coronation since Queen Elizabeth II in 1953 (Picture: PA)

The Queen and the Royal Family appeared on Buckingham Palace balcony following her coronation (Picture: Getty)

Expect news channels such as Sky News to also air extensive coverage of the ceremony.

Will we get a bank holiday?

Downing Street has confirmed that the UK will be getting a bank holiday for the coronation.

The UK-wide holiday falls on Monday, May 8, two days after Charles’ coronation at Westminster Abbey.

Buckingham Palace has said Monday will be billed ‘The Big Help Out’ – and people will be encouraged to volunteer for good causes and help out in their local communities.

Who could get invited?

The guest list won’t be confirmed until nearer the time, but you can expect it to be filled with the Royal Family and various dignitaries.

To view this video please enable JavaScript, and consider upgrading to a web browser that supports HTML5 video

Those attending are likely to include other royals from around the world, as well as representatives from other Commonwealth nations and their spouses, those in Government including the Prime Minister and all members of the Cabinet, and hereditary peers.

Queen Elizabeth II’s coronation in 1953 paid host to no less than 8,000 guests – who were so tightly packed into Westminster Abbey that each attendee had only 18 inches of seating space.

There is currently much speculation about whether Prince Harry, The Duke of Sussex and wife Meghan, The Duchess of Sussex will be invited or decide to attend.

So far, Prince Albert II of Monaco has confirmed that he and Princess Charlene will be there.

The monarch told People magazine that they will ‘definitely go’, adding: ‘I’m certain that it’s going to be an incredible ceremony and a very moving one…’

Prince Albert II has said he and Princess Charlene would be at the coronation (Picture: Pascal Le Segretain/Getty Images)

What will King Charles III wear?

As with previous coronations, you can expect to see The King wearing coronation robes during the ceremony.

The ceremony involves the monarch wearing several different sets of robes, and tradition dictates that most of these are made new for each monarch.

All of these are traditionally new, according to Historic UK – except for the Supertunica and the Robe Royal, which have been worn since the coronation of George IV in 1821.

A source has claimed The King will ditch wearing traditional silk stockings and breeches at the ceremony, though.

Charles will be coronated with the famous St Edward’s Crown (Picture: Getty Images)

What crown will King Charles III be coronated with?

The King will be coronated with St Edward’s Crown, the centrepiece of the Crown Jewels.

The version currently in use was made for King Charles II in 1661 after the previous, medieval crown was melted down in 1649 following the dissolution of the monarchy.

It is also likely that the crowns previously associated with The Queen will need to be resized ahead of Charles’ coronation.

Charles’ head is larger so it’s only logical that the crowns will need to be resized and, in some cases, restyled.

The circlets on the crown may need to be enlarged significantly and additional stones will be added – the opposite of what was done to make them smaller for the late Queen in order to achieve a more feminine look.

Camilla will also be crowned as The Queen Consort at the coronation (Picture: Getty Images)

Will Queen Consort Camilla be crowned at the coronation?

Yes, Queen Consort Camilla will also be crowned during the same ceremony as her husband.

Many expect Camilla will be crowned with the Crown of Queen Elizabeth The Queen Mother.

The crown belonged to The Queen Mother, who was given it in 1937 for the coronation of her husband, King George VI.

However, this crown does contain a controversial diamond, the Koh-i-Noor. It has been speculated that it will be replaced with another gem or crystal for the coronation.

MORE : Buckingham Palace reveals what to expect during the King’s coronation weekend

MORE : King Charles to give up millions in wind farm profits for ‘wider public good’

Get your need-to-know latest news, feel-good stories, analysis and more