As widely expected, the Bank of Canada has increased its benchmark interest rate by a quarter of a percentage point to 4.5 per cent, but said that it expects to hold off further rate hikes. It’s the central bank’s eighth consecutive rate increase in its bid to fight inflation.

It is prepared to raise interest rates again “if needed,” the BoC said, but with price pressures easing and the economy slowing, interest rates are likely as high as they need to go.

At a news conference following the announcement, bank Governor Tiff Macklem said Canada could experience “a mild recession,” but the bank does not foresee a significant downturn.

It is, however, predicting that home prices will decline further, but it expects sales activity to pick up later in the year.

Reaction: What Bay Street is saying about the BoC’s signal to pause hikes

Opinion: “There is good news on the horizon: both rising interest rates and high inflation may soon be at an end, all without a recession.” - Trevor Tombe, economics professor, University of Calgary

Explainer: How does the rate hike affect variable-rate mortgages?

This is the daily Evening Update newsletter. If you’re reading this on the web, or it was sent to you as a forward, you can sign up for Evening Update and more than 20 more Globe newsletters here. If you like what you see, please share it with your friends.

The latest on the war in Ukraine: U.S., Germany sending tanks

The U.S. and Germany have agreed to a plan to send dozens of tanks to Ukraine as the country prepares for an expected increase in Russian attacks this spring and to launch a counteroffensive of its own. Canada is mulling contributing four or five Leopard 2 tanks as part of the plan, according to a senior government official, but has not yet made a decision.

U.S. President Joe Biden announced today that he would give Ukraine 31 M1 Abrams tanks. Earlier, Germany unveiled plans to organize the shipment of 62 Leopard 2 tanks, with some coming from Berlin directly and some from other European countries.

The move is an about-face for the U.S. and Germany, which had for months deflected Ukrainian requests for the equipment.

Ukrainian President Volodymyr Zelensky spoke by phone today with NATO leaders including German Chancellor Olaf Scholz and tweeted thanks to Biden. “It’s an important step on the path to victory.”

The Globe in Ukraine: The busy lives of residents in a town hemmed in on the Ukrainian front line 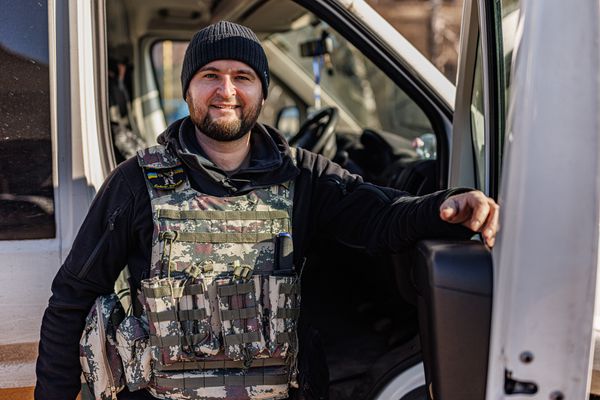 Justin Trudeau said today that he invited the premiers to meet with him in Ottawa next month to hammer out a new spending deal on health care.

The premiers have asked for the federal government to dramatically increase its share of health care costs to 35 per cent from 22 per cent. Health systems across the country are buckling under the strain of staff shortages, surgery backlogs and clogged emergency rooms.

Since a meeting of Canada’s health ministers ended in acrimony in November, Ottawa has signaled it is willing to negotiate a 10-year health funding deal. In exchange for billions in new money, provinces and territories will have to agree to national accountability measures and reforms.

Members of Parliament are questioning government officials and industry experts about how the proposed takeover of Shaw Communications by Rogers Communications will affect the competitiveness of Canada’s telecommunications industry.

The committee, which includes MPs from the four major political parties, recommended against the deal early last year. They decided to re-examine the issue in light of the proposed sale of Shaw’s Freedom Mobile wireless carrier to Quebecor’s Videotron.

The hearing took place the day after a federal court handed the telecoms a major victory in the $20-billion takeover battle that has spanned nearly two years.

Opinion: “Even as the federal appeal court shut down the Competition Bureau’s appeal of the tribunal ruling on Tuesday, a new battleground is shaping up at the CRTC.” - Dwayne Winseck, journalism professor, Carleton University

ALSO IN THE NEWS TODAY

More potential residential school graves identified: The lead investigator in the search for unmarked graves at a former residential institution near the Williams Lake First Nation in B.C. says the latest phase of their work has uncovered 66 additional “reflections,” indicating children’s graves.

Hope for early ASD diagnosis: A new Canadian study suggests that general pediatricians without specialized training can accurately make an autism spectrum disorder diagnosis in many cases, which could make the process easier and faster for families.

Union urges action on transit violence: Violent attacks on public transit have reached “crisis levels,” says the president of a major Canadian union, who called for a national transit safety task force. In recent days, Toronto police have said a woman was stabbed on a streetcar, two uniformed transit workers were assaulted on their way to work, a bus driver was shot with a BB gun, and a person wearing a religious head covering was hit at a subway station.

Wall Street markets ended flat today as a string of corporate earnings ran the gamut from downbeat to dismal, reviving worries over the economic impact of the U.S. Federal Reserve’s restrictive policy. Canada’s main stock index closed with a modest loss, as market players took in what could be the final Bank of Canada rate hike for this economic cycle and began aggressively pricing in the possibility of interest rate cuts before year-end.

Got a news tip that you’d like us to look into? E-mail us at tips@globeandmail.com. Need to share documents securely? Reach out via SecureDrop.

The federal government’s fiscal plan is a sham

“With every budget or economic statement the whole curve shifts upward by several billion dollars, as the government revises its forecasts.” - Andrew Coyne

If you’re a homeowner in Toronto, here’s a looming deadline you don’t want to miss: Feb. 2. Every residential property owner must declare the occupancy status of their property in order to avoid being dinged with the vacant home tax. That’s an annual tax of 1 per cent of the home’s current value. Not every residential property owner has to pay, but every owner has to submit the declaration. 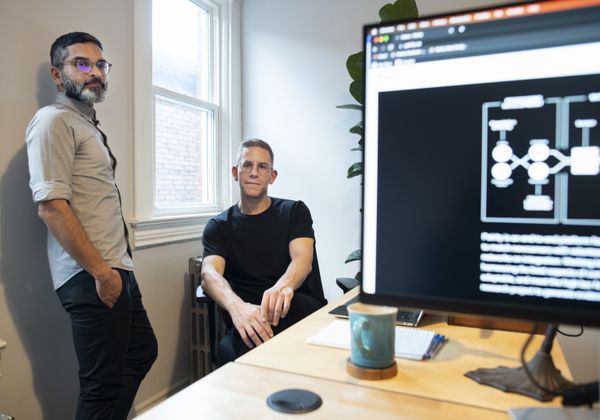 Craig Damian Smith, right, and Gotam Bhardwaj are the co-founders of Pairity.Fred Lum/The Globe and Mail

Virtually everything about the new U.S. Welcome Corps is Canadian-inspired. The program – announced last week to recruit Americans to help settle refugees – is modelled on Canada’s long-running Private Sponsorship of Refugees system. The Welcome Corps’s creators have consulted extensively with non-profits north of the border.

And a key component will be run by a Canadian tech startup. Toronto-based Pairity has built a platform that uses an algorithm to match refugees with sponsors. It also follows up with the newcomers to gather data on how well they integrate. The goal is to increase the chances that refugees find success in their new communities.

“Having the U.S. set up this program is kind of a big deal for Canada. It’s finally showing that the country can export its model of private sponsorship globally,” Craig Damian Smith, Pairity’s co-founder, said in an interview. Read Adrian Morrow’s full story.

Evening Update is presented by S.R. Slobodian. If you’d like to receive this newsletter by e-mail every weekday evening, go here to sign up. If you have any feedback, send us a note.