It’s been three months since the video footage of Golden State Warriors veteran Draymond Green punching teammate Jordan Poole began to circulate and it’s still unclear what events led up to its release.

Green doesn’t have any plans of clearing things up any time soon, but sat down with Bleacher Report’s Taylor Rooks in an interview released on Friday where he briefly spoke about the interaction and claimed that the leaked footage was part of a conspiracy to negatively impact his image.

“That video was put out there like that to portray me the exact way it did,” Green said.

“You feel like it was a calculated thing for the video to come out?” Rooks followed up with Draymond.

“100%,” he responded. “You’ve never seen another video from our practices. … Who was it calculated by? I don’t know. I would still love to know the answer.”

Green added that his reaction to whatever occurred prior to the punch was wrong. Sources told Yahoo Sports’ Vince Goodwill that tensions between Green and Poole over their contract extensions had been boiling since training camp began.

Green said that his focus right now is on the team’s performance, as the Warriors sit under .500 and eighth place in the Western Conference.

“I care more about figuring this team out and trying to win,” Green said. He added that “there’s always a time” to tell his elusive side of events.

More insight on the same details from Green

Green has been somewhat vocal about his altercation with Poole, but in the least illuminating way possible.

Four days after the video was released in October, Warriors head coach Steve Kerr announced that Green had been fined but not suspended. Green told reporters that he apologized to Poole, his family and the Warriors for “the embarrassment” caused by the altercation.

In a self-produced documentary, “The Countdown,” that was released on TNT shortly after the incident, Green he said that he doesn’t “care about people’s opinions” or read social media reactions from fans.

In his discussion with Rooks, Green mentioned that he watched the video repeatedly until he viewed himself negatively. He said he was “going through hell, dealing with the court of opinion,” but then added that he doesn’t care what people think even though he understands that it matters.

Basically, it seems like Green has a hard time accepting how deeply his public persona has become intertwined with the villain role he’s enjoyed portraying at times during his career.

“Being a villain ain’t fun,” he reflected. He extended a piece of advice to Atlanta Hawks star Trae Young, who he feels unnecessarily tries to be an NBA bad guy. “For a guy like Trae, nah man go the opposite way,” he said.

Possibly the most positive tidbit Green offered is that he and Poole have a functional working relationship.

“We go to work every day together,” he said. “Our lockers are right next to each other, that never changed. We ride the same buses together, we change in the same locker room on the road together — none of that has changed.”

The Warriors and Poole finalized a $140 million extension a week after the incident. He said he was ready to move on in October.

“Did it change our relationship? Of course. Absolutely,” Green said. “That’s still a work in progress. I’ll always be willing to continue to do that work because I was wrong.” 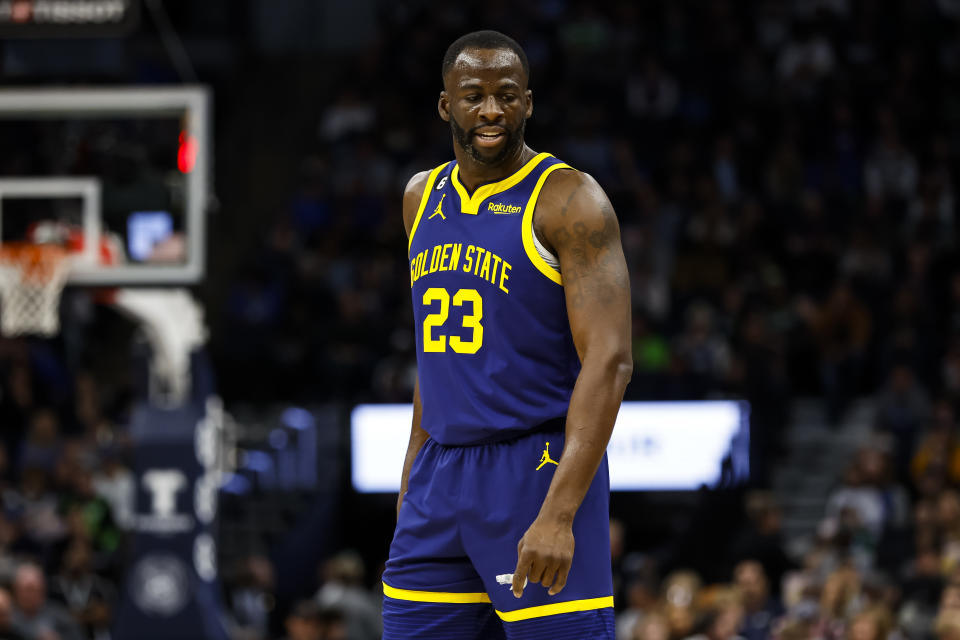