Best & Worst Trades During Burke’s Time with the Maple Leafs

Best & Worst Trades During Burke’s Time with the Maple Leafs

When Brian Burke was hired as the general manager (GM) of the Toronto Maple Leafs, it appeared like the team’s course would take a dramatic turn. But that’s not how it turned out. Under Burke’s leadership, they missed the playoffs four times in five years but eventually ended a seven-year postseason drought in 2012-13. However, that run for the Stanley Cup didn’t last long, as they were bounced in the first round by the Boston Bruins. From 2008 until 2013, he served as the organization’s leader, and it is safe to say that throughout his tenure, the club regressed. Burke has made some pretty impressive moves over his career, like trading for both the second and third overall picks in the 1999 NHL Draft that allowed him and the Vancouver Canucks to choose Henrik and Daniel Sedin. Sadly, those types of trades didn’t happen during his time in Toronto. 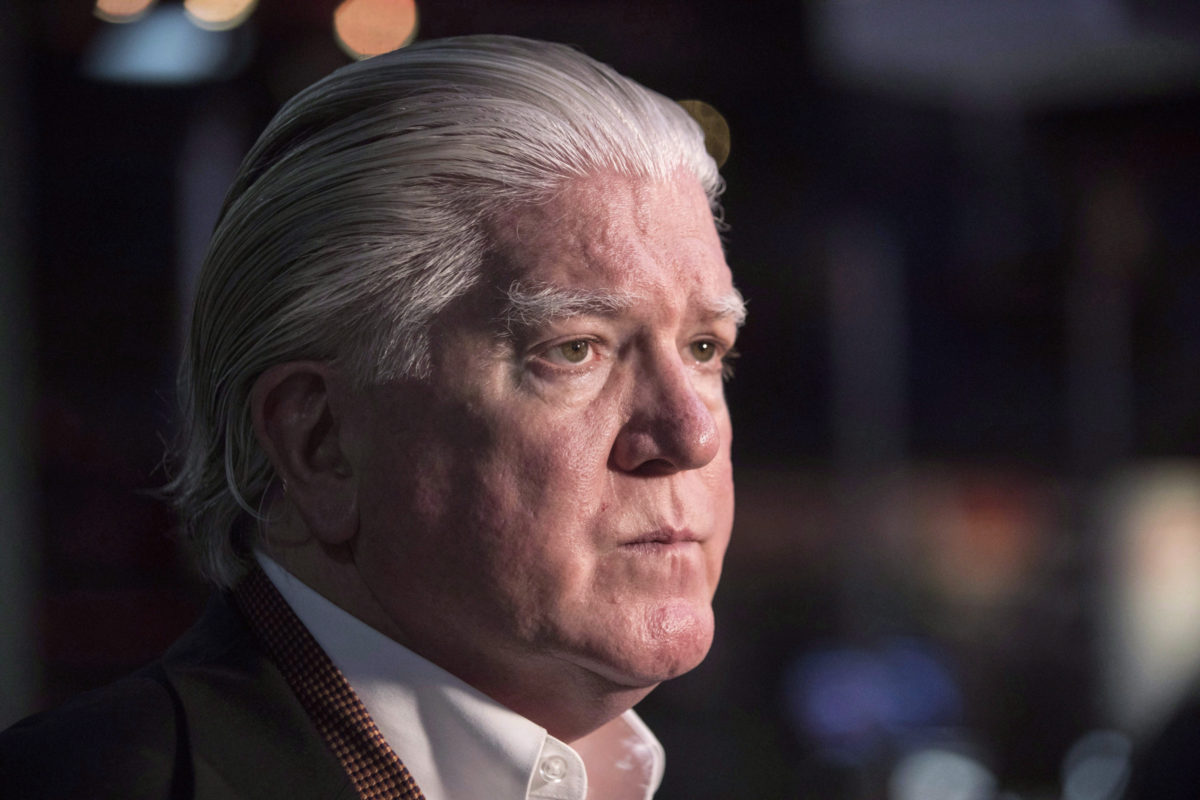 That’s not to say that he didn’t make any trades that had an impact on the team, because he did; both good and bad. So, let’s take a look back to see Burke’s three best and worst trades during his time as GM of the Maple Leafs.

One of Burke’s best trades was the one he made to acquire Dion Phaneuf from the Calgary Flames. The Maple Leafs needed a big-name player to aid the team at the time of the trade, and they got one. He executed the deal on Jan. 31, 2010, acquiring Phaneuf, Keith Aulie, and Fredrik Sjostrom from the Flames in exchange for Niklas Hagman, Jamal Mayers, Ian White, and Matt Stajan. Long-time Leaf Stajan was the most prominent player to leave the squad. He spent seven seasons with the team, scoring 223 points in 455 games. He went on to play for the Flames for nine seasons, taking part in 558 games and tallying 190 points.

As a result of his significant contributions to the team, Phaneuf was named the Maple Leafs’ captain on June 10, 2010. Up until his trade to the Ottawa Senators on Feb. 9, 2016, he was the team’s leader for six of his seven seasons. He appeared in 423 games during his tenure, accumulating 196 points, and was best known as the defenseman who took hard shots and threw heavy hits. Burke was able to complete a trade that included one of the league’s top defenders at a time when the Maple Leafs needed to mix things up. He and the Leafs’ organization, regrettably, had a slim chance of winning the Cup, with their best chance coming in 2012-13. Unfortunately, it ended after seven games, with a horrendous meltdown against the Boston Bruins.

Do you remember the Francois Beauchemin/Mike Komisarek era in Toronto? It wasn’t a fun time to be a Maple Leafs’ fan. Burke should rank this trade, which he executed on Feb. 11, 2011, to send Beauchemin to Anaheim, among his top three transactions as the team’s GM. Jake Gardiner and Joffrey Lupul were a part of the deal, and he also received a fourth-round draft pick. The six seasons Lupul spent with the Leafs included some time on the top line, but he was always a valuable contributor to the team. Sadly, due to injuries during his career, it was cut short, which caused him to only score 182 points in 280 games. 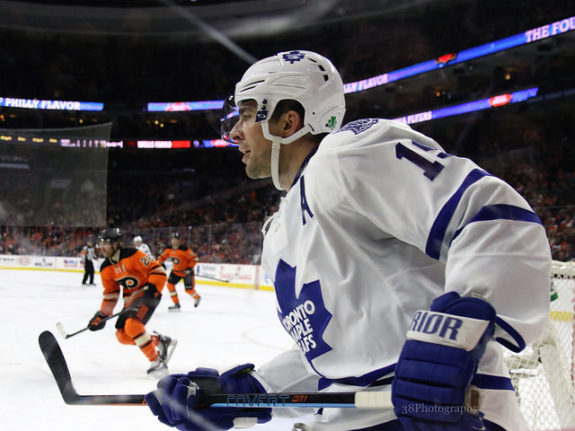 For at least six of his eight seasons in Toronto, Gardiner was an important factor in the defence. He was also the guy that consistently faced the greatest criticism from the public and the media, even though he was effective during his tenure with the organization. In a total of 551 games, he scored 245 points, and 52 of those points came from one campaign in 2017-18. However, as was previously said, he frequently drew criticism from the crowd, especially during the playoffs when he made numerous mistakes that cost the club goals. The fourth-round pick was later moved by Burke’s successor Dave Nonis.

Beauchemin, on the other hand, aside from being the player who was traded to help the team improve, didn’t have a significant impact on the Leafs. It is simple to understand why this trade should be considered one of Burke’s better deals because he turned a zero-impact player into two players who were vital pieces for years to come.

Burke made another good move, which also turned out to be his final one as GM of the Maple Leafs. On June 23, 2012, he traded Luke Schenn to the Philadelphia Flyers in exchange for James van Riemsdyk, who went on to play a major role for the team throughout his six-year stay. He played on the top line with Tyler Bozak and Phil Kessel, and the three of them developed tremendous chemistry. Throughout those six seasons, he scored 294 points. In contrast, Schenn didn’t see the same level of success after the deal. He played for the Flyers for four seasons before bouncing around the NHL with the Arizona Coyotes, Los Angeles Kings, and Anaheim Ducks. It wasn’t until he joined the Tampa Bay Lightning and won two Stanley Cups, in 2019-20 and 2020-21, that he became a regular in the NHL again. 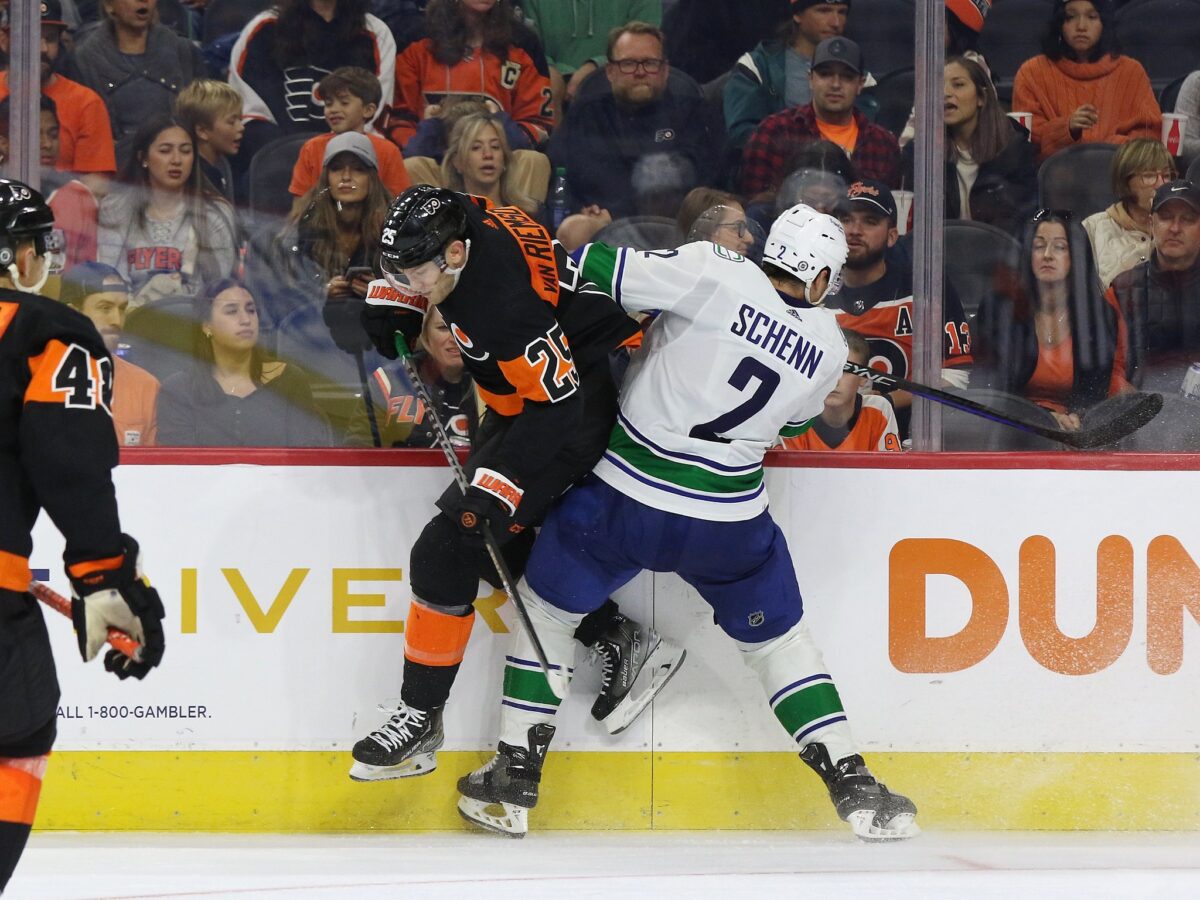 Burke made other excellent trades, and this one stands out because van Riemsdyk achieved success with the Maple Leafs throughout his tenure there, while Schenn had been having trouble. He was chosen with the fifth choice in the 2008 Draft, and after spending four years in Toronto, he was unable to prove himself as a consistent top-four defenseman. It’s unfortunate for him that this move made sense because it changed the team, which ultimately led to them making the playoffs.

The Worst of Burke’s Trades

With all the good, there must also be some bad, and this move is among Burke’s worst as GM of the Maple Leafs. Despite Phil Kessel’s production for the Maple Leafs and his intense love/hate connection with the fans, the players that were selected with the picks given up in the deal were shocking. They received Kessel in the exchange, and Boston received two first-round picks in 2010 and 2011, as well as a second-round pick in 2010. The Bruins chose Tyler Seguin with the 2010 second overall pick, Jared Knight with the 2010 second pick, and Dougie Hamilton with the 2011 ninth overall pick. Now, it was anticipated that Kessel would alter the team’s culture and make them a playoff team, but the rest of the roster didn’t reflect that for years after this deal was made. 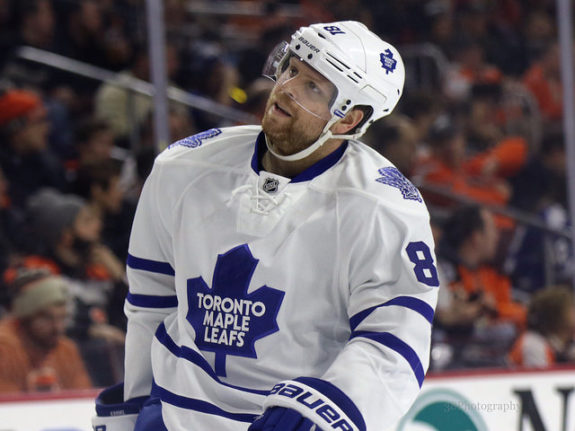 The Maple Leafs did require a culture shift, and that might have been accomplished through the draft, where they could have selected a few prospects to help the organization rebuild. It is difficult to determine whether the Leafs would have chosen these specific players in the draft, but even if they hadn’t, the other picks would still have been beneficial. Along with Seguin in the top four in 2010, there were also Taylor Hall, Erik Gudbranson, and Ryan Johansson. Furthermore, Hamilton, J.T. Miller, Jonas Brodin, and Ryan Murphy were all selected between picks nine and 15 in 2011. Any of those players would have had the potential to impact the club for the next ten years, but instead, Burke felt that acquiring Kessel from Boston for those picks was a better option.

Although Knight’s NHL career didn’t fare as well as the others, the decision to trade three picks for one player when your organization needed to undergo a rebuild was difficult to watch. Kessel spent six seasons with the Maple Leafs, playing in 446 games and tallying 394 points on the strength of 181 goals and 213 assists. His NHL-record ironman streak, which is still active, began when he returned from an injury in his first season with Toronto during the 2009-10 season. His tenure with the team also saw him make the All-Star team and participate in the aforementioned playoff run, which lasted just seven games before a heartbreaking loss to none other than the Bruins.

Burke made the absolute worst trade of his career with this one. He traded up to the 22nd pick from the 30th pick in the first round and also sent the 39th pick to draft Tyler Biggs, who he thought was going to be a great NHL player. Similar to the Kessel trade, it’s difficult to predict who the Maple Leafs would have chosen with those two picks, but there are many possibilities. Rickard Rakell and John Gibson, who both eventually established themselves as regulars with the Anaheim Ducks in the NHL, were selected by Anaheim with those picks. Gibson also developed into a starting goaltender who almost consistently ranks in the middle of the pack, which is something the Leafs have long needed. 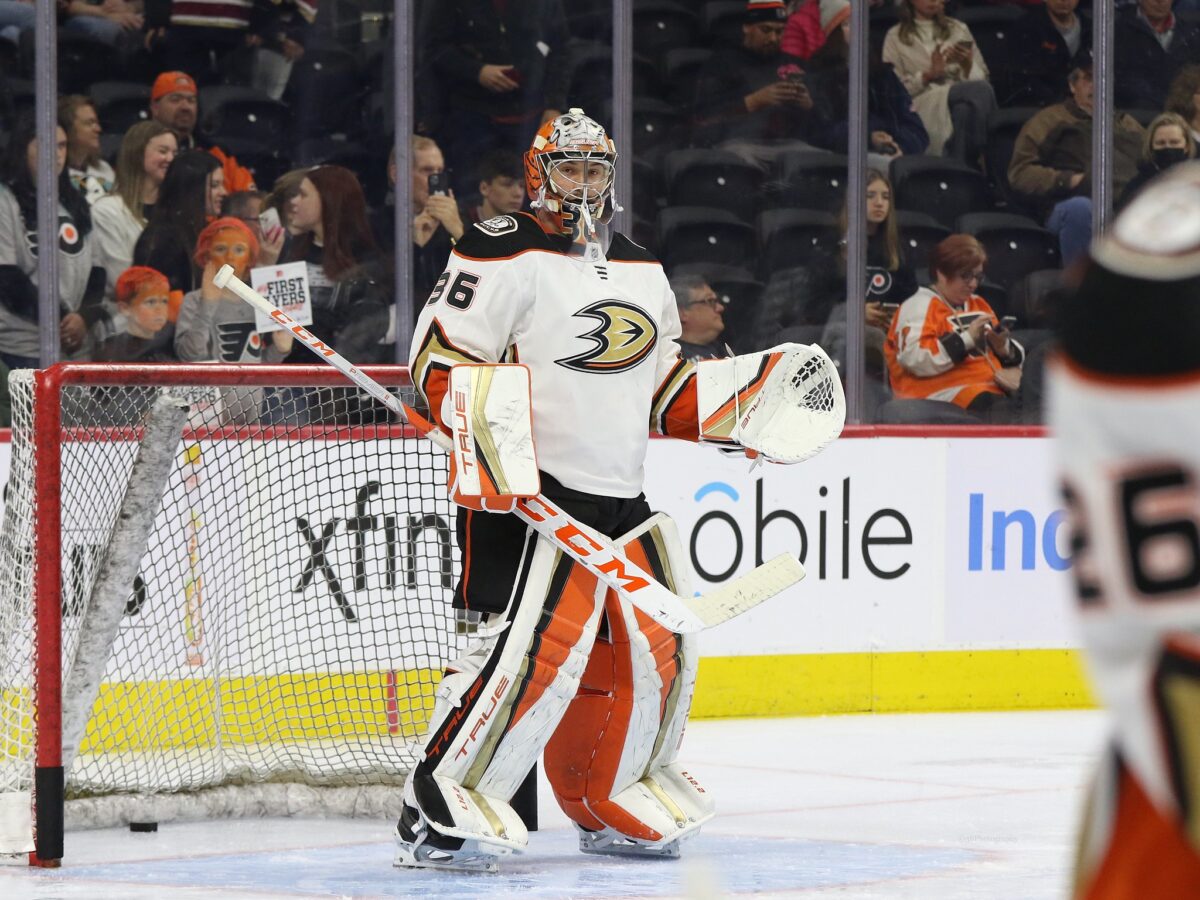 Biggs played a total of zero games in the NHL, and as a result, his stat line was also zero. He played in 119 games and had 17 points during his tenure in the American Hockey League (AHL), which was essentially nonexistent. You have to wonder what the Leafs’ brass was thinking when they pulled the trigger and traded away a first and second-round pick for zero NHL games, zero NHL points, and 17 AHL games. Biggs was regarded as a future power forward in the NHL – a player-type Burke loves – but he was never successful. Funny enough, in 2015, then-Maple Leafs GM Lou Lamoriello dealt Biggs and Burke’s other costly error, Kessel, to the Pittsburgh Penguins.

Burke’s brief five-year tenure with the Maple Leafs wasn’t the best period of his career. When he joined the Leafs in 2008, he had just won the Stanley Cup with the Ducks. Unfortunately, he was unable to duplicate the Cup victory before being fired in 2013. The van Riemsdyk trade was one of the only successful trades that significantly impacted the organization. However, reflecting closely on his trade history, he made a lot of questionable trades, like the one involving Biggs. The problem that presented itself during his time with the Leafs was his ideology of building a winning squad. He never changed his viewpoint after winning the Cup with the Ducks, even though hockey as a whole did, and that showed in the type of trades he made.

Spencer Lazary is a writer at The Hockey Writers covering the Toronto Maple Leafs. He loves to talk about all things Maple Leafs as well as scouting and prospects, he has been writing about Hockey and Prospect Scouting since 2020, and he also is a co-host of a Maple Leafs-themed podcast called “Leafs Talk Forever“