Anna "Delvey" Sorokin —the con artist who served three years in prison for larceny and theft after convincing members of New York's elite of being a wealthy heiress— is set to star in a reality show hosting guests at her Manhattan apartment, where she is on house arrest awaiting a decision on her immigration case.

The show's producers, Butternut and Wheelhouse, described it as "one of the hottest tables in town – invitation-only, intimate dinners at her home," read a press release, which did not specify where the show will air. The show will feature "a Delvey-invited group of actors, musicians, founders, socialites, journalists and other esteemed guests." Delvey was Sorokin's fake last name, according to the authorities. 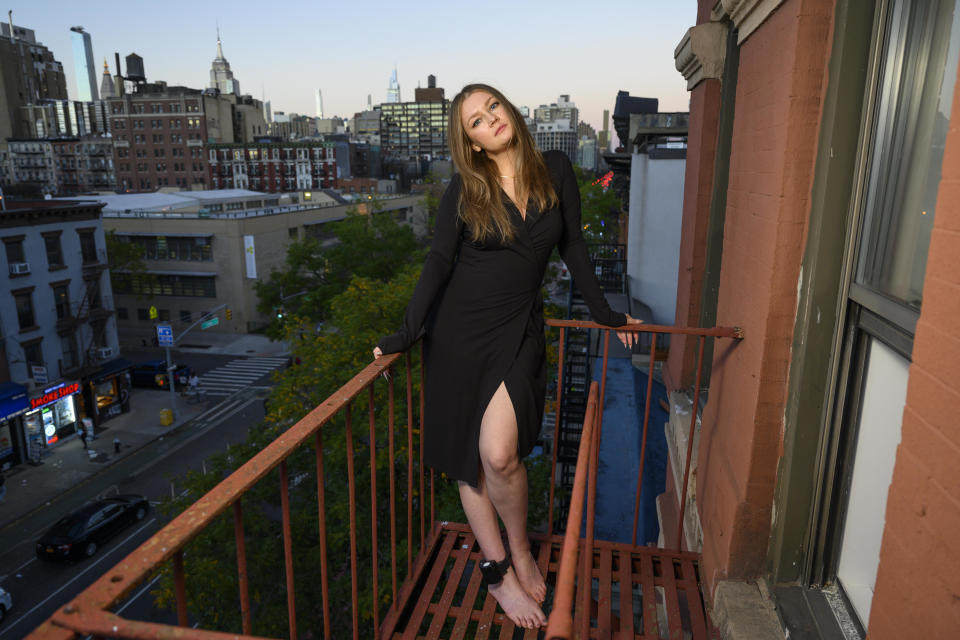 Anna Delvey on the fire escape of her East Village apartment, while on house arrest on November 7, 2022 in New York City. / Credit: Casey Kelbaugh/Variety via Getty Images

The dinners will be catered by a private chef and will lead to "candid conversations where no topic is off-limits," the press release said, including "Anna's experience within the criminal justice system, her strategy to rebuild her image and her plans for the future."

"There's nothing like the experience of bringing together a curated group of friends to share life stories and enjoy a great culinary experience," said Sorokin. "I'm grateful for the opportunity... to bring my vision to a wider audience and share a glimpse of the real Anna Delvey."

Sorokin, who posed as a German heiress with a $67 million fortune, made headlines in 2017 when she was arrested after stealing an estimated $275,000 from banks, friends and others in an attempt to start the Anna Delvey Foundation, which was intended to be
"a membership club experience...organized around a world-class contemporary art collection."

She was sentenced to four to 12 years in prison, but only served three before her release, after which she was promptly arrested again by ICE for overstaying her visa in October of last year. Sorokin is currently fighting deportation back to Germany, and serving her house arrest in an East Village apartment in New York City, where she has been conducting interviews, making art and hosting parties. 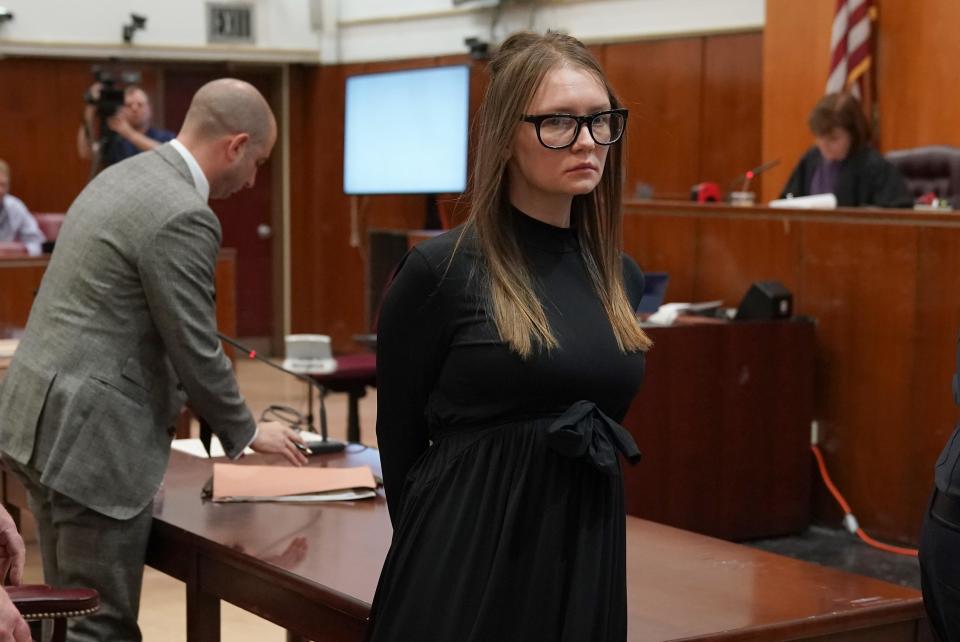 Fake German heiress Anna Sorokin is led away after being sentenced in Manhattan Supreme Court May 9, 2019 following her conviction last month on multiple counts of grand larceny and theft of services. / Credit: TIMOTHY A. CLARY/AFP via Getty Images

"It's often said the best way to get to know someone is to share a meal with them," said Butternut's CEO, Courtney White. "We're all desperate to know who Anna really is. 'Delvey's Dinner Club' will reveal the actual woman behind everything we've read and watched about Anna."

The producers' press release said the show will have fly-on-the-wall footage and interviews with Anna and her guests. The aim is to "highlight the dichotomy of her house arrest-driven isolation during the day, and the experience of company and festivity when she opens her apartment doors to her guests – and viewers – at night."

While this will be Sorokin's first foray into television, she was famously played by Julia Garner in the Netflix series "Inventing Anna,"  made by the acclaimed producer Shonda Rhimes. Netflix paid Sorokin $300,000 for the series, according to Insider.